The ‘Work From Bermuda Residential Certificate’ was launched as of 1 August 2020 and permits individuals to live and work remotely from Bermuda for a 12-month time period. This Guide highlights the key aspects of applying for the Certificate, the criteria for applying and the benefits of living and working in Bermuda under the Certificate scheme. 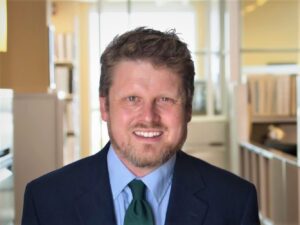 Bermuda’s Economic Substance Portal launched as of 1 May 2020 to provide a reporting platform for filings from entities that are required to file declarations under the economic substance regime in the jurisdiction which impacts companies that carry on ‘Relevant Activities’, including banking, insurance, fund management, financing, leasing, headquarters, shipping, distribution and service centres, intellectual property and holding entities.

The Investment Funds Act 2006 (IFA) was amended by the Investment Funds Amendment Act 2019 (IFA Revision) and became operative on 1 January 2020. The IFA Revision introduced some important changes to investment fund regulation in Bermuda with the intention of further strengthening the regulatory framework in Bermuda for funds. These changes are intended to address economic substance for collective investment vehicles which previously did not require any registration under the IFA or regulation by the Bermuda Monetary Authority (BMA) pursuant to the IFA. Consequently, closed-ended Bermuda investment funds and overseas investment funds which are managed or carry on promotion in or from within Bermuda are now required to seek registration or designation with the BMA during a transition period of 6 months. Our Memorandum considers these new categories together with some supplemental changes under the IFA Revision.

This country-specific Q&A provides an overview to Fintech law in Bermuda. It covers open banking, regulation of data, cryptocurrencies, blockchain, AI and insurtech. The Q&A is part of the global comparitive guide to Fintech.

Bermuda is a large Intellectual Property (IP) centre as its developed, and business focus, and infrastructure have created an allure and need for an IP framework. Many well-known brands and companies are represented and conduct business in Bermuda. Traditionally, many multinational and blue chip companies have benefitted from utilising Bermuda strategically to capitalise on particular tax benefits. A typical structure would result in a Bermuda-based company collecting fees and other revenue associated with the intellectual property they hold and to the repatriation of funds in accordance with Bermuda’s strategic legislative framework. Although recent economic substance requirements have created the need for a company to show economic substance in Bermuda, many companies subject to the economic substance requirements see the benefit of remaining in Bermuda and implementing substance within the jurisdiction to support the advantages offered by Bermuda’s IP framework. The prevalence of a global economy has made IP protection essential in this technological age. The continued growth, use, and development of the internet, technology and their associated goods and services, has led to the erosion of traditional geographical borders. As a result, it can be difficult to determine the origin of such goods and services and easier for fraudsters to pass off their goods and/or services.

In a Notice dated 12 November 2019, the Bermuda Monetary Authority confirmed that it will not object to BMA-supervised entities conducting business with licensed cannabis cultivators, processors or sellers, as long as the conduct of such business is not contrary to any offences that may be provided for in the laws of a foreign jurisdiction which amount to “criminal conduct” within the meaning of section 3 of the Proceeds of Crime Act 1997 of Bermuda. The Notice will be of particular interest to investment managers and investment funds in this sector (or that are interested in establishing in the sector) as it provides additional clarification that the establishment and registration of funds with investment strategies linked to the cannabis industry are permitted provided the activities are legal where business is being conducted and do not amount to criminal conduct under Bermuda law.